Chervon (HK) Ltd (owners of the EGO brand) have announced they are acquiring the Skil brand from Bosch.

“On Aug 23, 2016, Chervon (HK) Ltd. signed the agreement with the Bosch Power Tools division to acquire the SKIL businesses in North America and Europe. The deal also includes the phased transfer of brand ownership within the rest of the global market”

In many markets some Skil products are sold as Bosch Green (DIY grade).

Hum, That’s kinda cool, Chervon OEM’s alot of stuff that is good. It will be interesting to see how/If they use a high profile brand.

It seemed like just a little while ago Bosch had announce a differentiation in the Skil brand - adding “Skiksaw” to set the wormgear saws including the jobsite table saw apart form the other Skil tools.
Over the years the Skil brand had been diluted (IMO) to include some hand tools of questionable utility made by other OEMs in China. These seemed to appear at place like Home Depot and Walmart - so it may have been some sort of cross-branding arrangement. 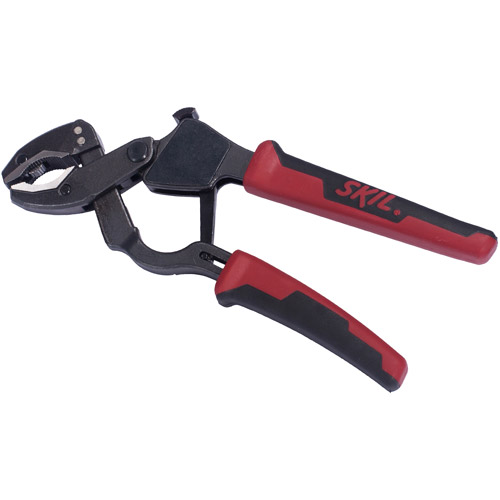 It’s not clear whether the acquisition includes the Skilsaw brand as well. Their recent identity change and new tools, mainly the worm-drive table saw, seem to stand apart from the consumer-focused parts of the Skil brand.

Curiously, the Chervon page has been taken down.

I have to kind of agree with those that thnk thie Skil brand has been diluted. Although I would add that this has been going on for some decades and not just the last few years.

As long as Bosch or whomever owns theSkilsaw brand keeps the Worm Drive saws and some of the common Bosch and skill cross-branded tools intact, I think we will be ok. Otherwise all bets are off and you never know what’s going to turn up in the mix.

It was a different age when I started buying tools in the 1960’s – not necessarily better – but certainly different. There was less competition, which may have meant higher profit margins for the retailers and the manufacturers. If you were a big guy you could negotiate a better deal with some of the industrial distributors – but for a small shop the buying was often at MSRP or a small % off. The local hardware store clerks may have been knowledgeable, but they had limited tool selection on hand to show you and picking stuff out from a catalog might have been a hit or miss thing. You did know a bit more about what to expect and who made what. Dewalt – as you said was for Radial Arm Saws, Porter Cable for small woodworking tools, Delta, Powermatic, Oliver et. al. for stationary woodworking machinery. Some thought that Milwaukee was for sawzalls and hole hawgs while, Skil was mostly synonymous with circular saws. Although my B&D Supersawcat adds testamentary evidence to what you said about that brand having a range of tools from homeowner quality on up to industrial tools. Then things started getting more complicated. Makita showed up – proving that tools from Japan could be more than tinker toys. The DIY craze meant that home centers started carrying some better tools. When Home Depot entered the market and expanded in a big way – driving the local hardware store almost to extinction – they also brought contractor-grade tools to a broader audience at a lower price point. The tool manufactures then had to compete not only for the end user’s dollar – but also for shelf space at Home Depot. Then enter Walmart for the low-end market – and drive to the bottom – and fast-forward a few more years to the beginnings of globalization of manufacturing, and we saw the consolidations, buyouts, realignment of brands etc. that is still going on today. We all know that most of what we bought in the ‘60’s and “70’s was manufactured in the USA – European power tools were still elitist special imports – Makita-Japan was only starting to get some traction and China was not even thought about. 50+ years later – a Nanjing manufacturing company is buying the once venerable Skil USA brand from a German company that has owned it for several years doing not much with it IMO to keep it current. So pardon my “lament of old-age”, but looking forward, like others have observed, maybe Chervon will be able to do better by Skil – and innovate like TTI has done with Milwaukee.

Great summary Fred, and over these years sadly we have seen slick marketing become more and more of a factor in a company’s success.