Okay folks I’m new to the forum but have been reading for several years. I did a search and could not find much information on corded electric drills. I’m putting together a basic tool set for family members who maybe use a drill only a couple of times a year. I’ve been using cordless tools since the 80’s when I got my first a 4.6 VDC Makita drill so I know cordless is not for the occasional user. It would be nice to find a drill/driver with similar features to a modern cordless but that doesn’t seem to exist. I’m reaching out to see what you folks have, know of, and use. It should be light weight, probably 3/8" chuck (keyed or keyless?), capable of turning a small hole saw maybe up to 1-1/2 in plywood, doesn’t need to drill a 1" hole in 2" steel plate, and should have a adequate length cord; basically “Harry Home Owner” and hobbies. Yes, I know I could spend a little or a lot but let’s recognize the end user here $100 seems like a lot but I generally chose to by for a lifetime. As a side note I still have my 1/2" 450 RPM B&D from the mid 70’s, first drill motor I bought. Any thoughts and suggestion would be greatly appreciated, maybe even worthy of a review of top corded drills by toolguyd.com.
Thanks!

unless someone comes up with that magic cheap device I think by the time you buy a reasonable corded drill - for just little more you could buy a cordless one. They’ve just gotten that common now.

I mean the cheapest Craftsman cordless at lowes does all you describe as best as I can see, for under 70. At lowes I see a cheap black and decker 3/8 chuck corded drill for 25 on sale from 30.

I don’t know what your price point was meant to be. There are some other cheaper cordless offerings to consider also though. Like the cordless black and decker 12V thing.

How long do rechargeable batteries last if you don’t use/cycle them? Therefore my question regarding corded drills. Own and need a corded drill two years from now it should function when plugged in. A cordless would probably need a new battery. Price is not as relevant as the end user. Thanks for the reply.

LiIon batteries will not last forever - and they are said to have a life expectancy of 2 to 3 years - but I have some 10 year old ones that still seem to hold a charge. If the likely use is only once every 5 years then maybe corded is still the way to go.

At about the same price you can buy a Bosch drill driver:

Fred, the Bosch you linked is certainly worth considering. I know everyone including myself love their cordless tools but to be clear this discussion is about obtaining a quality corded drill motor (120VAC) at a fair price. Hopefully there are other contenders beside the Bosch but it is promising. Thank you!

I did not mean to endorse either of the tools to which I provided links.

I picked the Ryobi - because that TTI brand seems popular among DIY users. The price of the Ryobi kit was around $60 - so I looked for a corded drill at about that price for comparison. Voila - the Bosch tool.

You could certainly buy a corded Ryobi drill for about 1/2 the price: 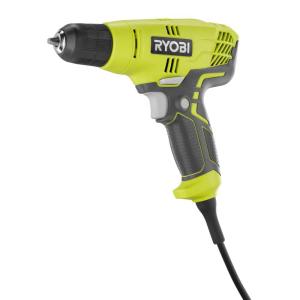 Perform drilling tasks at ease and quickly with the help of this Ryobi Corded Variable Speed Compact Drill and Driver with Bag.

A Dewalt for about the same price:

The Makita that I see - seems pricier at around $80 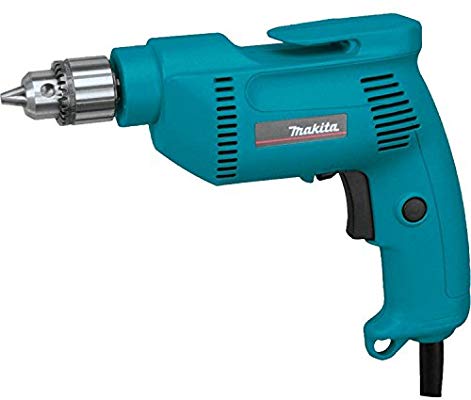 Milwaukee has an entry level one for around $68 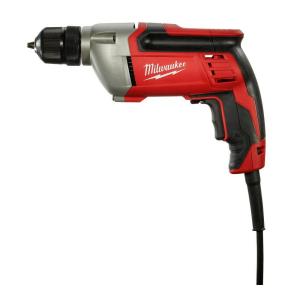 Tradesman Drill designed by Milwaukee delivers the power and control you need for drilling and fastening applications. Features durable construction.

Shopping around at Lowes and Home Depot - might help - and once you settle on a model # - you can price shop online at places like Acme, ToolUp, International Tool, Tools-Plus, Tool-Nut etc.

BTW I should have also commented that while most manufacturers are still offering corded tools - I’m sure that you have observed that they have reduced the depth and breadth of their corded tool lineups in favor of cordless.
I don’t recall when I last saw a new corded drill being introduced by any of the bigger tool brands. 50 years ago when I bought my first drills from B&D (the inventor of the pistol-grip drill) and Skil - both brands had many to choose from.

While checking out the drills I found a Ridgid 8 amp 3/8" drill/driver for $64. The thing that attracts me to it is the “Free parts and service for life with registration”. Anyone have any experience with Ridgid tool’s free parts and service? Big Box is not my favorite place to shop but I guess they will honor their agreements. The Bosch is my second choice, third is the Milwaukee, and if the drill were for me I’d probably go with the trusty ole keyed chuck Makita; old school I suppose. I’ll monitor this thread for a few more days and let ya’ll know what I decide to purchase. Special thanks to Fred!

The Lifetime Service Agreement (LSA) seems pretty decent. Some have have poor experiences registering their tools, but I’ve had good luck so far, with the exception of a reciprocating saw I forgot to submit the receipt for in time. That and maybe two other tools were the only ones that required additional documentation. I was, however, able to submit the receipts for the the other tools online, one being scanned in and the other as a picture taken by cell phone.

sure it might lose capacity and run time but it would still work 8 years later. Take that craftsman thing I recommended. That battery if the owner changed it up once when they opened the box - ran it a few minutes to say hey it works. put it on a shelf for 6 months - and went to use it again. that battery might still have a charge, not much of one but something. But it would take a charge fine. Doing that for 6 years it would still work.

but that owner would also have their first cordless tool and that might prompt them to buy other cordless tools and they grow into bigger projects. Modern LiPo tolerates quite a bit of abuse. just a thought.

cica 1995 Craftsman tools announced they were developing a corded drill with a variable clutch. Why didn’t it get produced and why is there still not one with a clutch?

I have a couple of corded drills that I use sometimes. One is less expensive, I got it from True Value (their brand Master craft?) and the other a DeWalt. I got the True Value originally for mixing paint, I had both indoor and outdoor painting of a whole house. I didn’t want to use my good drill. I most use the DeWalt for drilling pocket holes and mortises using a Mortise jig. The corded DEWALT DWD210G 10-Amp 1/2-Inch Pistol-Grip Dril is a great drill in its own right and considerably better than a cordless for those tasks and occasional other tasks.

One thing to consider is most corded drills are bulky and heavy. They are intended for more heavy duty tasks (at least the ones I’ve looked at). For the really infrequent user, would this be the ideal tool? If that still outweighs cordless, I would get something inexpensive from harbor freight. With the usage you describe, any drill will last a lifetime or two.

Decided to go with the Ridgid 8 amp 3/8" drill/driver “free parts and service for life with registration” and $64 was key in the decision. I did not use it and gave it as a gift but it seems well made and should do most “harry homeowner” jobs including light mixing if needed.

I have quite a few Ridgid tools. My cordless drill and impact drill set are pretty old but never a problem other than batteries which I’ve swapped both with no problem. Combo router setup no problem. One of my wetvacs had the fan break and they sent me the easily replaced part for free even though it had never been registered and was very old. All my other Ridgid tool have performed fine.

On another note. It never hurts to have a corded drill. I have a bosch 1/2 inch Hammer drill which I bought mainly for drilling into block wall and concrete for a project. I went corded because a battery only last for so long. As to my previous post that was wahat made me go with Ridgid . Free battery replacement because that’s the worst thing about cordless the batteries cost as much as the tool.