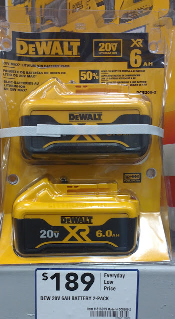 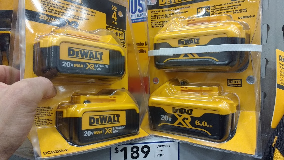 Yeah, considering the MSRP of Milwaukee’s 9ah is $199(it can be had for less and there are some great combo deals).

Huh. I don’t understand why DeWalt even released these at all. The FlexVolt (20V 6Ah)/(60V 2Ah) battery is pretty much the same exact thing, and you’d think they’d want to be pushing existing 20V users into the FlexVolt line as well.

They are somewhat smaller than then flex, I suspect these help transition to more 20700 cells within the current 20v line ie possible 3ah slim packs as well as increase the buying volume for the 9/3 flex packs.