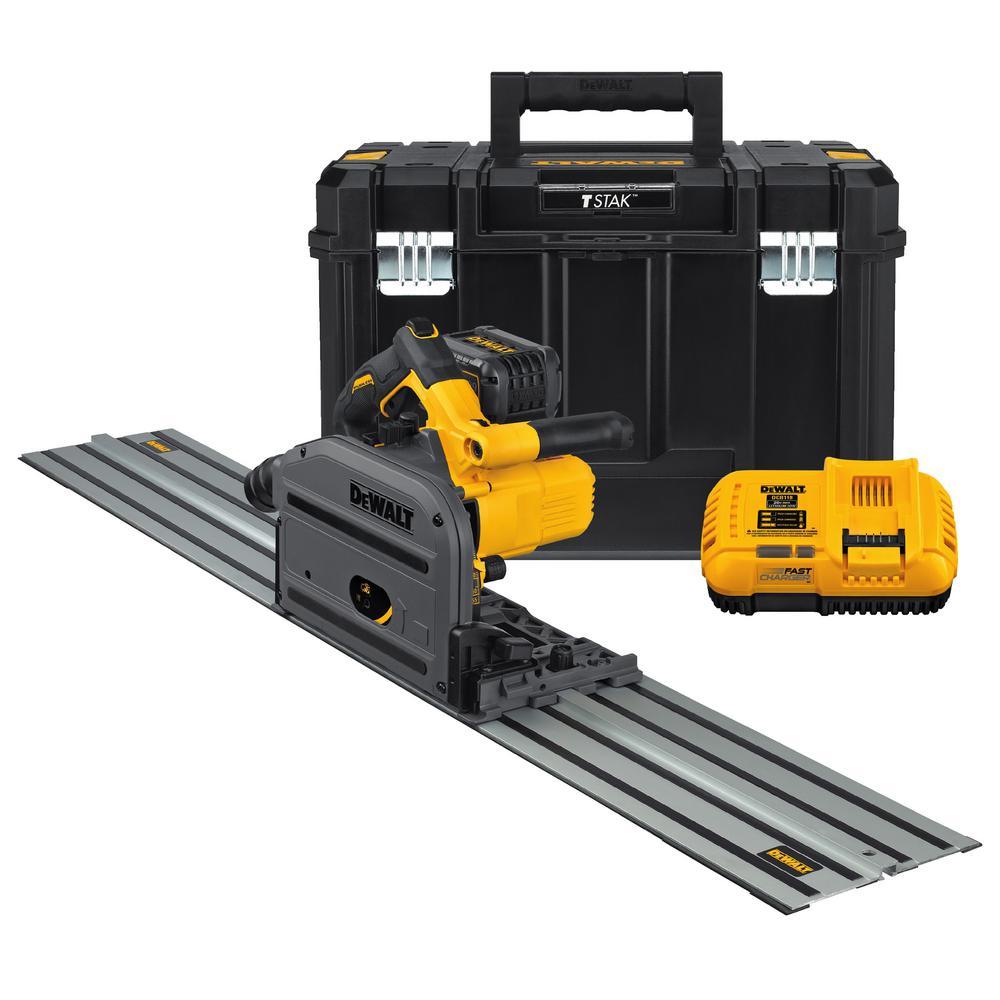 I wonder how this compares in features and use with the Dewalt corded?
When I bought my corded track saw - I tried a out the Dewalt, the Makita and the Festool.
I liked the Dewalt’s riving knife and anti kickback feature - but didn’t like the feel of how it plunged (might have gotten used to it) - and hated the blade changing - hoops you had to jump through. I hope they fixed the blade changing on the cordless.
I ended up with a Festool TS55REQ corded - but I can see the appeal of a cordless

I see that Makita has a cordless too:

Looks to sell for less elsewhere:

Ever end up getting one? It turns out that I ended up purchasing both the Dewalt and the Makita last year. Like both very much but ended up preferring the DeWalt. Haven’t used the cordless Festool. The DeWalt seems to be exactly the same as the corded version except has a battery and brushless motor.

I have both Dewalt saws and they are very similar.

so question then - do you use them with dust collection/vacuums?

As I see it I really think I’d ended up getting the corded if it were cheaper (significantly) if only because I’m most likely going to run it on a hose all the time anyway. Which is the biggest reason to get one vs a quality circ saw and solid guide rail.

In my mind that is.

I normally use my tow cordless ones with dust collection but also sometimes with just a dust bag if not working indoors. I use a dewalt cordless vac most wich does an adequate job indoors but can leave a small amount of the larger chips after a cut. Sometimes I use a corded dust collector but for those times a cordless tool can be un-necessary. I prefer the cordless track saws for the versatility since I don’t only use them in a shop. I’m actually about to buy one of Makita’s cordless dust collectors which has quite a bit more com than my DeWalt vac. The Makita is designed to work with tools such as a cordless track saw. One version of the Makita has the option of using a cord or two 18v batteries. The new AWS is nice as the tool and dust collector are connected by Bluetooth for automatic dust collector operation.