Ya i know… A dishwashwer, but it is a tool so im looking to hear what your current dishwasher is and how reliable its been. We’re looking to replace ours but not sure what kind we want. I dont really care for features as long as it’s quiet and it cleans the dishes.
I heard bosch is a great dishwasher and have been looking at some of them. And brands to stay away from?

I have 2 dishwashers in the house. The one in the kitchen is a 14 year old Bosch SHU 9956UC that was installed when I renovated the Kitchen that year. The other is a Miele G6165SCVISF that we installed a six months ago in an island off our dining room when we were remodeling that room just before Thanksgiving. Both the Bosch and the Miele replaced older Kitchen Aid machines. The Bosch gets the most use - is quiet and cleans fairly well. We use the Miele only for parties and holidays - but at last Thanksgiving and Christmas when we were running both dishwashers I think (no scientific testing) that the Miele was actually quieter – as you could not tell it was running – sitting around the table less than 10 feet away. Honestly I don’t really know how either of these machines would stand up compared to any of the others I looked at. Neither one were the very top-of-the line models when we bought them – and long ago bad experience with GE and Maytag (cleaned better than others) machines (they rotted out) probably has no bearing on what’s produced today.

We put this unit in when we just remodeled our kitchen this last year:

Check out this Frigidaire Gallery 24'' Built-In Dishwasher and other appliances at Frigidaire.com

We bought it in a set with all of our kitchen appliances, as we gutted our whole kitchen. I am happy with it so far. The only appliance I don’t like is the side by side fridge that we got. I want to trade it out with the french door version, but at the time I didn’t want to spend the extra $400.

The dishwasher is very quiet compared to any I’ve had in the past, and I prefer to top semi concealed controls.

Here’s a link to the Miele - I bought it locally and paid the same amount delivered.

We looked at a bunch of dishwashers when our old whirlpool? died. Bosch makes a decent dishwasher but you better hope you never have any problems with it or you’ll be in for a nightmare.

I can’t remember the exact model at the moment but we went for the ~$1000 Miele with the 3rd drawer on the top for silverware and it has just been awesome. It’s so quiet. It sounds like a very light rainfall outside IF you hear anything from it at all. If you touch the parts in it, they just feel higher quality than any other brand out there. As with any dishwasher it seems, you’ll wish the drawers and tines and things were just a little bit different so you can fit YOUR stuff in it. But, the difference I’ve seen is that it is quiet and it actually does an excellent job of getting things clean.

We were lucky that there was a Miele dealer just down the road from our house.

When I redid the kitchen in 2002 - we agitated a bit about having everything match. My wife loved our old Garland range which had everything she wanted (2 ovens, 6 burners, griddle, salamander) but it had seen a lot of years use. Once we decided to have it professionally cleaned and serviced - then it did not matter that the dishwasher and refrigerator matched. Back in 2002 Bosch was the hot ticket for home dishwashers and Sub-Zero for big side-by-side refrigerator freezers - so that’s what we went with.Since cabinets, plumbing and most everything else was coming at cost - prices didn’t seem so bad. . Fast forwarding to last fall - Miele was the hot ticket in dishwashers - but $1400 seemed dear to me - but my wife overrode my disquiet. We did decide to economize on the under counter refrigerator and beverage center - buying Whirlpool for both of these - the Sub-Zero under counter units costing about twice as much and top-end ones like Perlick being way over the top.

Gaggenau is the best brand for appliances, they make dishwashers as well, but extremely expensive. they make all appliances integrated except washing machine, before they had integrated washing machine but not anymore, I did email them about it and they said they don’t have a plan for a new integrated washing machine also, I mentioned it in case if you consider to have both washing machine and dishwasher from the same brand. They are working on a very interesting thing also, I told them that I have seen some dehydrators but none of them are integrated, and they said they are already working on it. That is my dream to have an integrated dehydrator in my kitchen to dry my own berries, fruits and mushrooms as I don’t trust factory packed and dried things.

That name isn’t sold in America that I have found.

Meanwhile on topic. Dishwashers. My current house was outfitted all Frigidaire Gallery when we moved in it’s 3 years old. So I have that Frigidaire washer as posted above. And it’s OK - quite as kitchens are loud and it backs up against our living room. I refused to buy an open concept house for good reason - longer rant)

anyway it leaks though - they’ve supposedly fixed this but mine will leak around the door gasket - it gets build up of soap residue (white powery gunk - and we use gel soap) - so I clean it about every 6 months. Otherwise though great and quite machine. Cleans well.

Other advice - Maytag upper tier - the one with the SS liner. Got that for my parents house some 4 years ago - it’s quite or quieter than my frigidaire - it cleans even better. As in hard residue on plates - comes off without a prewash. it is a heavier machine. I suspect the Whirlpool model of similar tier will do the same. Their other products seem to remain identical at price point.

Biggest reason I don’t like the Bosch or Miele dishwashers and main appliances - if you need parts for them they are harder to get and I don’t think either really performs that much better for the prices.

I would never buy a GE appliance now that that division is owned by Chinese company Haier.

Gaggenau is an extremely expensive brand, An example: Bosch single oven £250, Miele single oven £800 and Gaggenau single oven £2400 approximately. Even lots of rich people would not go for Gaggenau, the reason that it is not well known is that it is too expensive. I think they would be available in USA, you should have a deep look at their catalogue. Some of their fridges have stainless steel interior (no plastic), I have seen lots of expensive commercial fridges that they have stainless steel interior but not any non commercial one. I think their products are made in Germany and maybe in France partially, I saw a documentary about that brand in French and I think they have a plant there (I am not sure but).

Also I have seen (5 years ago) a commercial dishwasher from Miele, It is similar to their integrated dishwashers with stainless front panel. so it is basically possible to use as an integrated dishwasher, was quite expensive. But it was washing in very short period of time, everything washed in 15 minutes! I don’t like to use those veneered MDF panels for dishwashers as the steam destroys them quickly.

Gaggenau was available when I was involved in the kitchen business - but I don’t recall if we installed any. Again it might just be brand recognition - but I think we installed more Sub-Zero/Wolf, Thermador, Monogram and Viking appliances in the high-end kitchens we did. It was a funny thing - but I suspect that some of our clients who spent $200,000 or more on a kitchen - may never have really used their appliances. You know the old joke : Q. What are you making for dinner? A. Reservations of course!
I thought it kind of sad to spend $10 to $15,000 or more on a Garland range and then never use it.

What I look for in a product (tool, accessory or appliance) is the use and durability, Most of the things in Western world until I would say two decades ago were made with this logic. When I analyse things in my mind I love the ideas that old Westerns had, but I see lately they go for useless luxuries sometimes, that make non-stop maintenance, health issues and a lot of other issues. I have become a lot anglicised about these things as English like old fashioned things. The problem is we do not try to add something on top of an old idea to make it better, we just destroy the old one completely and make the new one from zero, lately it has become like that, maybe it is because of population growth that we need to make more and quicker, I don’t know, but what I know is that we are definitely on the wrong path! I don’t understand why we should make homogenised milk just for the look of the milk that the fat does not remain on top and then after decades we discover that actually homogenised milk is not healthy! Now I see that unhomogenised milk is becoming popular again, the same thing with Pasteurised Milk also, for decades we tried to make pasteurised milk claiming that it is healthier, that heating they do would kill unwanted problematic things, now they say we kill all the good things with pasteurising the milk. Here in the UK unpasteurised milk started to be known and sold. As you said some spend a lot of money for their kitchen or house but never use, this is just waste, I know some who use the appliances and the expensive kitchens fully and destroy everything quickly, but comparably less you see them. When I was child my mum was making a lot of things at home, she never liked to buy things that are processed, pickles, tomato puree, dried fruits and berries and lots of other things were made at home, she never made a food with mince bought from a butcher, she was buying meat, cleaning and washing it carefully and then putting it in mince machine. If you have a look on youtube on how they make these things nowadays you would probably not buy a lot of things anymore

I have seen some videos that some are collecting dried peppers with shovels and you can see more rats and mice than the dried pepper itself! We don’t know when we buy ground spices what we really get… I never buy ground black pepper for example, I buy black pepper corns and use a grinder myself to grind it. Ages ago I was reading an article about US food regulations and I saw that the organisation that regulates the food health n the US accepts that one single piece of mouse poop is a acceptable in 1Kg of flour, but for me is not acceptable. I don’t want to buy anything powder from the shops

that is why I am looking for a dehydrator also…

We own a Miele and I recommended them above but I have to retract that recommendation for new purchases. The company changed leadership a few years back and the quality of construction has dropped off. Miele today is not the Miele of several years ago. 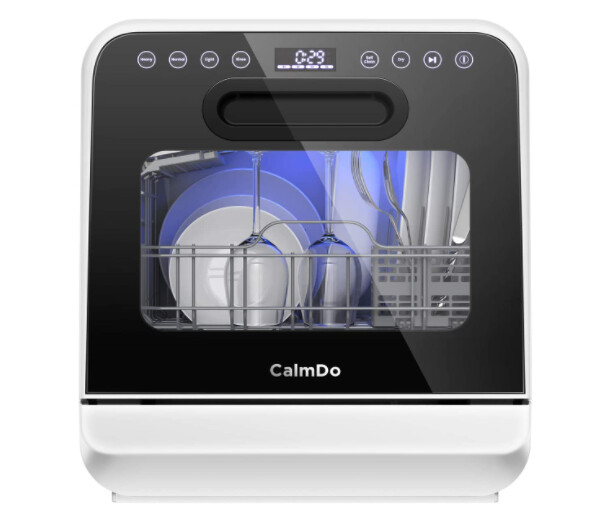