Favorite Old Tools You Wish might be Brought Back

Over on ToolGuyd under the Post about New Dewal Tradesman Offerings - John Posted about the need for a cordless small threaded bolt cutter to handle things light shortening up small machine screws and bolts from #6, #8 and up. He complained that old arthritic hands had a tough time with using Electrician Combi Tools like the Klein 1001

I responded by saying that my go-to tool for this purpose was a Stanley tool that was sadly no longer made:

Find many great new & used options and get the best deals for Stanley 84-205 Jobmaster Bolt Threaded Screw Cutter Soft Steel at the best online prices at eBay! Free shipping for many products!

It has threaded holes - just like the Klein - can cut up to 5/16 inch - and the longer handles and compound leverage design make it easy to use.
Now if Stanley could bring this back - particularly at the $20 or so that I think I paid for it - I think it would sell well

geniusCastor under the Left Blade Saw topic – posted about his Porter Cable 423MAG saw and how he has repaired it, keeping it running in the absence of spare part availability.

In response, I talked about my much older Rockwell-Porter-Cable 9314 4.5 inch worm-gear trim saw which served me for something like 35 years breaking down sheet goods. It is now in semi-retirement having been replaced by a Festool TS55REQ track saw – but it still gets used because its lightweight makes it great for vertical and overhead cuts. Mine now sports a Forrest blade – and I also use it with a blade with reverse teeth designed to cut Plexiglas.

An updated version of equal quality from PC would be a nice thing to have – especially if it could be made as a cordless tool.

The “wilton socket stik”!!
My father had one in his tool bag for years! I acquired it after he stopped actually working and now sits in the office lol.
Anyway it is a tool i wish i could find new and have a couple sae and metric sets. Its so handy, well built, has a good pawls, locks the socket on. Even after hard use and abuse it still works and holds sockets nice and tight. 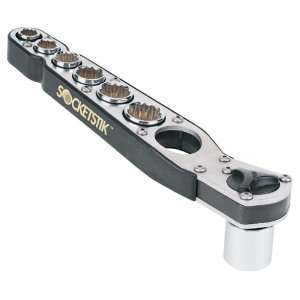 I’ll also put a vote in for Proto to bring back their 140A pipe nipple extractor set (3 pieces 1/2, 3/4 1) that were best in class in my opinion since it will work to both loosen and tighten small nipples:

much better than their current design useful for removal only:

the new design is a copy of the old Roddick tool that has been copied by many others like General Tools, Superior Tools and Titan

Adjustable Clamp Company (Jorgensen-Pony) used to make a gadget called the Kerf Keeper - a clamp that could hold a kerf open and support the work as you went along. While not a must-have tool - it was convenient to use in situations when working alone.

a few of us talked about the venerable Porter Cable 126 power plane - which was a go to tool for many door hangers.

So maybe PC might try bringing it back again ?

This is going to boil my brain

I would like to answer to this but then I should write pages or probably a book :)) Are you going to read it?!!!

I’d like for the Porter Cable 504 belt sander to come back. I don’t actually need it for anything, but it was an amazing tool to work with. I’d also like Milwaukee to bring back their close-quarters drill with a 1/2” chuck. The 3/8” version just isn’t as useful.

The PC 503 and 504 belt sanders were a class act - with chain drive. Folks nicknamed them “locomotive sanders” because of their shapes. Mine (from when Rockwell International owned PC) still works - but I pull it out rather infrequently. You still see them for sale used on eBay

Their powered planes were also well used tools - and I still use mine from time to time. They are also still for sale as use items: 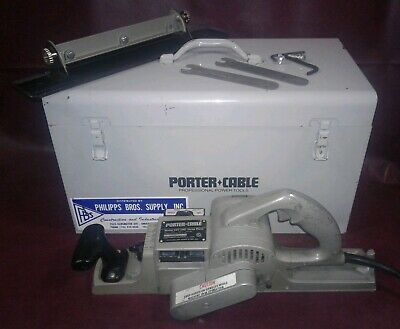 Find many great new & used options and get the best deals for Porter Cable 653 EHD Versa Plane Type 3 with Original Storage Case. at the best online prices at eBay! Free shipping for many products!

Find many great new & used options and get the best deals for PORTER CABLE 126 HEAVY DUTY PORTA-PLANE TYPE 3 Series A 23,000 RPM 7.0 Amps. at the best online prices at eBay! Free shipping for many products!

Wow, this is what I call tool, all body is metal. Some should make the cordless of this.