I’m looking for a bit-holder that

I haven’t found anything with all four attributes. Any ideas?

There are a bunch of inexpensive screwdrivers with a ball-pressure-type holder, but none with bit storage, at least not for 1" bits.

Sorry, this is a tough one. There are lots of models that only satisfy only 3 out of 4 of your criteria.

That’s what I’ve found too. I got that nice Wera Kraftform Kompakt set a few years ago, and it has an outstanding bit holder; locks firm, but releases easily. Bits store in the handle. And the shaft even telescopes! But it doesn’t ratchet. It seems like would be space for a ratching mechanism. I wonder why they didn’t do that. 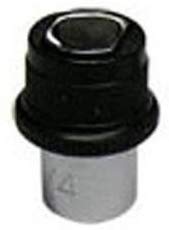 I also really like these zipper bags so I keep the ratchet, adapter and a selection of bits in those straight plastic holders that came with … something… that holds 8? bits? 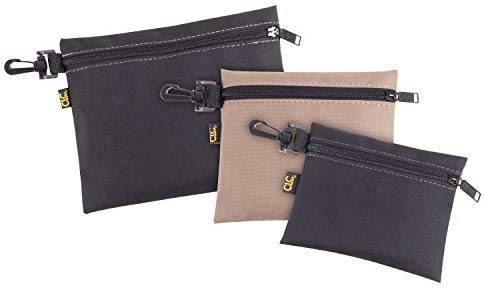 I’ve essentially tried to break this combo tightening 5/16-18 socket head cap screws and M8 cap screws and so far it is still working great. Last night I used it with a phillips bit to remove some screws that were in a tight space where none of my power tools would have fit.

Wera 825/1 ra. Bits store in handle, ratchets and locks. Uses standard bits. It does use a magnet, but it’s strong as hell. It came with one of those retaining rings inside, and it held bits so well, I needed pliers to get them out. I ended up ripping the ring out, and honestly I’ve never lost a bit.

Nice idea! But does that adapter lock to the drive ratchet? I imagine it is a 1/4" square drive with ball detent?

I looked at that. It doesn’t actually lock onto the bits, but you say it hold securely. I might give it a go. Thanks!

Yes, it grips the bits. It doesn’t require the bits to have the round cutout to grip them either so I can use the short 1" bits with it and they don’t fall out.

I don’t know if the VIM adapter is the best on the market but the price is right and it works really well for my intended purpose.

EDIT:
I just realized you were referring to the ratchet? The Tekton ratchets have the spring loaded ball detent to retain the adapter.

Thanks, I was. It won’t help much to have a locking bit holder if the older itself doesn’t lock to the handle. Or so I imagine. Maybe it doesn’t actually matter that much. (sigh)

I suppose if you were REALLY serious about it not falling off of a ratchet, you could just epoxy it on there. Though, if you’re working inside million dollar gearboxes or something where tool control is important, I’d guess you’d also have to drill the handle of the ratchet to add a lanyard.

No, it was more a matter of me using the Wera Kompakt holder I’d given my brother, and it sure was nice not to have to worry about the bit coming out of the holder. I kept thinking, “But only if it ratcheted!”