M12 or Ryobi charger that is charged FROM a USB source?

Kind of a weird question, but I’m wondering if there’s a battery charger for a big system like M12 or Ryobi that plug INTO a USB port, so you can charge the battery by USB? I know it would be slow, but that’s okay. (The application is an electric motorcycle.)

I know there are battery “power sources” that can provide USB power or even household current. That’s not what I want. 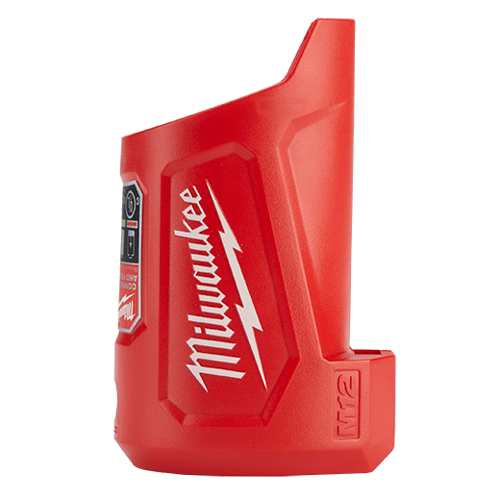 I was going to say, the M12 jacket power adapters include USB charging. It’s not too slow all things considered.

K, I’ll check those out too.

I started going through all the chargers to look for this capability. But it was hard to search for, so I decided to just ask people who know!

Ryobi announced a new “coming soon” as of May 2021 150W Power Source that they claim can charge their batteries through their included USB C Charger. No details on the power their charger puts out as of now. So, I’m guessing that if you had a strong enough output going into their new inverter, it could charge one of their batteries. Depending on your application, you may need to get a USB A to a USB C cable, but they are quite common and cheap. Here are the details from their site: 18V ONE+ 150W POWER SOURCE | RYOBI Tools

I’m curious what the purpose of this is? The reason I ask is that surely there is a more efficient method of charging? If one is in a building with USB power devices like PCs and whatnot then I’d expect to find normal wall outlets available for a standard charger. And if one is in a vehicle, which often have USB power outlets these days, why not plug a 12V charger into the cigarette lighter socket instead? I’m having trouble thinking of a situation where I would expect to charge power tools but don’t have either wall outlets or 12V vehicle power. I’m not trying to rag on the idea, I’m just curious where the need comes from.

Yeah, it’s kind of a unique situation. My friend wants to carry a tire inflator on his electric motorcycle that has a USB port, but no cigarette lighter port. Even USB-C won’t run an inflator directly, so it needs to charge a battery first. Also, he can use the battery for floodlights, radios, etc.

There’s some reason why he can’t use the motorcycle’s charging port; either the voltage is too high or it has load-sensing circuitry that won’t let it discharge into a tool. Something.

I would think the far easier solution–and one that won’t limit power to his compressor–would be for your friend to add a wiring harness that he can plug the inflator directly into. If the voltage is too high that’s easily addressed with a voltage regulator, an inexpensive electronic part.

Easier than just plugging the charger into the USB port? Maybe, I don’t know. Anyway, that’s the question he was asking.

You’re right, it’s not easier than plugging a charger into the USB port. Poor choice of words on my part. But I do think it is a far more elegant solution. There’s no waiting around to charge batteries, there’s no need to carry extra batteries, and the “auto style” 12VDC compressors which are meant to plug into a cig lighter socket are a heck of a lot more powerful, and more compact, than either the Ryobi or the M12 inflators. Speaking of the Ryobi cordless inflator, I have owned one and it failed very soon after I purchased it, and I was extremely careful to follow the instructions and not use it longer than the recommended duty cycle. While I have had good luck with many Ryobi tools, that one is junk. I can heartily recommend the Dewalt portable inflator, but that’s very big and clunky to carry on a motorcycle.

Another idea is to carry a CO2 inflator and then sidestep the issues of electricity entirely.

Hm, good to know! And the CO2 inflator is a great idea! I’ll pass it on.

If he’s using those little BB-gun CO2 cartridges, he might need several (one will do my 700x25 bike tires), and the valve will get super cold, but those are minor issues.

There are ones that work like the bicycle ones but use a larger CO2 cylinder, they are meant for motorcycle or ATV tires. I used to carry one in my toolkit back when I rode dirt bikes and quads.