New toys! I may have to do a review. 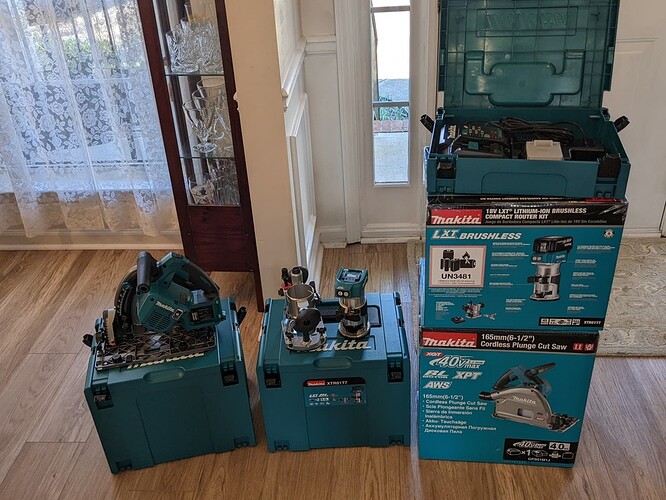 Nice! Use them well!

(I couldn’t resist and recently bought the same track saw!)

When it finally came time to buy a track saw, I had quite an adventure at the only Woodcraft store in the state. Initially I went to buy the complete Kreg ACS3000 cutting system (Saw, Table, etc.), only to find that they did not have it in stock despite their inventory showing. So not wanting to make another trip, I took it as a sign that maybe I was destined to buy a better brand of track saw.

So I zeroed right on getting a Makita…what do you mean you don’t stock that brand? At this point the money was searing a hole in my wallet so I jumped up again. So I asked for the cordless Festool Track Saw they listed as being in stock.

Once again I was denied, much like Rick from Pawn Stars, the best he could do was the corded TS55 from Festool. Now don’t get me wrong. I am in no way turning my nose up at my Festool, but I could easly get rid of it should the right Makita cordless deal comes along.

Anywho, that’s the long version of me saying use your Makita’s in good health.

You will be immensely happy with those tools!