Is it me or is this not the craziest- but ingenious tool you’ve seen in a while? Sure it’s probably a lousy table saw but still! 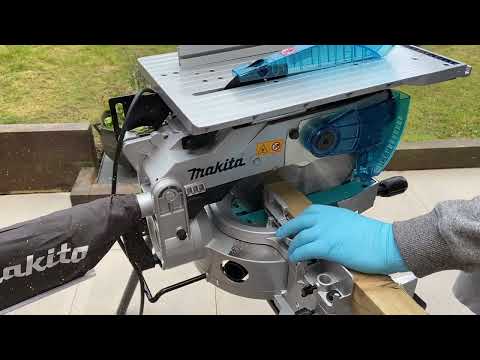 As I understand it, “Flip saws” like that are common in Australia, and perhaps also Europe. They are not sold in the US as they blade guards don’t meet US safety laws.

It’s a neat idea, like you said I’m sure they’re a mediocre table saw at best but the 2-in-1 design is pretty cool. They’d be great for a DIYer who couldn’t justify the space or the expense of owning both separate tools.

I believe you are correct in that they do not meet USA safety standards.

Here is one of Dewalt’s that’s sold in Europe: 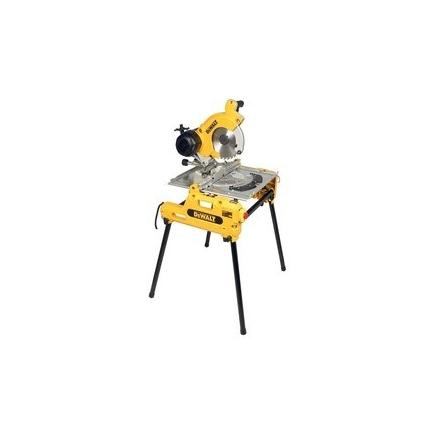 We in the US have different take on saw safety than the EU. They are fine with this - but do not allow dado stacks.

seems like a waste. make something that holds the mitre saw backwards or such and uses the depth of it and doesn’t rely on sitting that high off the pivot and maybe.

I like the triton base and saw system as opposed.

Thanks for the information on this being common overseas Fred and Mechaman. It was new to me and I’m still impressed with the concept even if it’s not new.

I’m not entirely sure this statement is accurate or fair, considering how prevalent Milwaukee and Dewalt are here in the US- but I feel like the highend brands are hard to come by here: Mafell, Festool, Metabo, Makita. I know this is all a matter of the company location and distribution channels- wish more or these tools were readily available in the US. Even when they make it here they have been overseas and it’s a guessing game if we will get them.

That said- I’ll have a review of the Mafell KSS 40 BL coming…… picked it up recently and have been putting it through its paces along with the DashboardPWS guide rail bracket system.

I don’t do very much fine woodworking so I am not very knowledgeable about Mafell or Festool. I’ve seen them for purchase online but very rarely in a retail setting, I think I’ve only seen Mafell once and Festool a handful of times, and those were at a specialist cabinetmaker’s store twenty years ago. In my area Metabo grinding and sanding tools are ubiquitous at welding supply shops but absent everywhere else.

If anyone wants to see another couple of interesting machines that exist outside the USA, check out the Dewalt Flexvolt “Wall Chaser” DCG200, and the “Alligator Saw” DCS397. I don’t believe that those are illegal in the US, they’re just for applications which aren’t that common here.

My forays to the other side of the pond suggest that you see a lot more concrete wall construction than you do in North America. Hence wall chasers might make more sense in Europe. The Alligator saw reminds me a bit of the old (might have been Wen) corded electric hand saw. That tool was used by commercial butchers to break down animal carcasses. Here’s a modern (?) version:

I’ve often described the Alligator saw as an “upscaled electric carving knife”, as it is the same general idea with the two blades which reciprocate in opposite directions, but that big commercial version even looks like an Alligator saw. I could have sworn there was a smaller model that I saw sold in North America years ago under the Black & Decker brand but I cannot find the what I had in mind on Google. I keep coming up with the older BD380, which I was never sold in the USA and also the wrong color, and then the much more recent pruning gizmo which looks like a random mishmash of a pruning chainsaw and a comically oversize pair of pliers. Perhaps I am being confused by the “Scorpion” models like the PHS550 or the RS890…that is roughly what I remember the Alligator model looking like, except the Scorpions only have one blade rather than the two

In our fabrication business we produced some assemblies with foam inserts. Some of the foam specified was amenable to hot knife cutting (we had tools from Demand Products really designed for EIFS.) But we also had a Bosch 1575A foam cutter that used 2 opposing blades (several lengths were available) for the cut. Here’s today’s version: 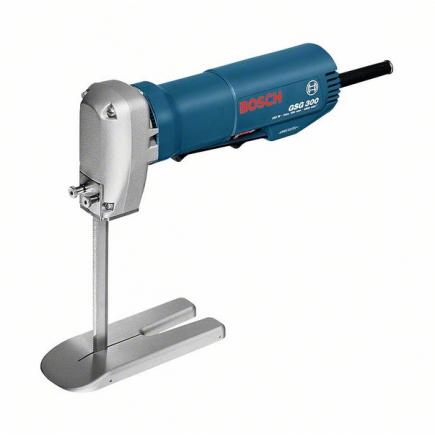 I remember seeing an older version of that Bosch saw in my uncle’s Danish edition Bosch catalog back when I was 12 or 14. Those have been around for while!

Check out this alternate, and much more practical, version of the miter/table saw combo I found earlier tonight 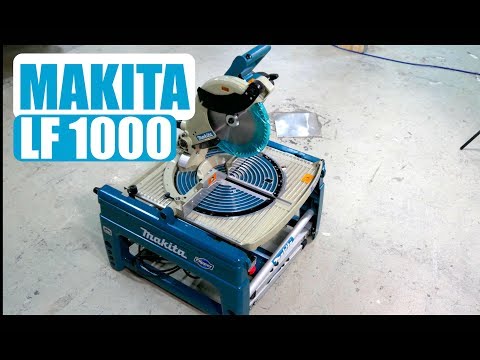 infinitely better device. still would be hard pressed to consider buying one unless space was super premium. Then again the track saw was mostly invented in EU if I recall

Check out this strange beast, I am told these are common on construction sites in Sweden. It is called a “gjerdesag”, it is an interesting combination between a “jump saw”, a push-pull style table saw like the Mafell Erika, and a miter saw. 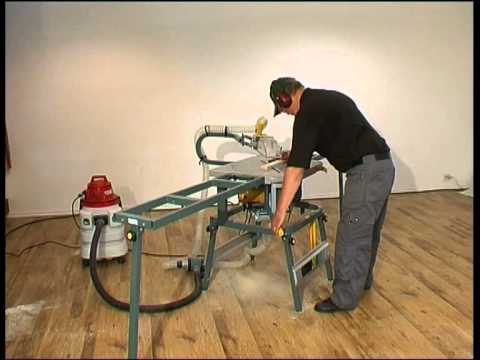 Interesting! I wonder why they made the table move up and down instead of the blade, which is already on a pivot and should be easy to implement. The moving table means it will be harder to use roller stands to help support big workpieces, which seems pretty important as a safety issue.

That’s interesting too! I wonder how you line up cuts. It looks like there’s no laser or shadow line on top.

It seems like two reciprocating blades working in opposition would mean there’s no net force trying to push the tool back at you or pull it out of your hands, OR trying to move the “workpiece.” Is that right? When you might unexpectedly hit a hard bone, or a side of beef is getting cut into smaller and smaller pieces, maybe that’s important.

Yes, the “Alligator” saw or the butcher’s saw Fred mentioned has two blades that reciprocate in opposite directions so the cutting forces cancel out. That’s a nice thing as it can’t kick back or push/pull the tool the way a reciprocating saw or a chainsaw can.

Other than cost I don’t know why the aligator saw isn’t more common here. the blades if I recall connect on the end with a sliding rivet so to speak. so the blades are expensive to buy (imagine you use 2 thinner recip blades)

otherwise I don’t knwo. if I recall that evolution company marketed one like that for a while but it died out - it was them or someone like them.

and that strange oddity thing with the blade coming up from the bottom - damn. I bet it’s expensive, and heavy. but I think osha would like it.

I used to wonder the same about the Alligator saw. The blades do cost more than those for a recip saw but they’re not out of line with a 10" or 12" circular blade or a chain for a moderate sized chainsaw. And the saw can be used for a very wide variety of materials, from foam rubber and fiberglass insulation to wood to masonry. But they do have some downsides too:

The people I’ve talked to in England have told me that they use them more or less exclusively for cutting lightweight aerated masonry blocks and “poroton” block.

I always assumed that was a blade design issue more than anything. Like Hook angle vs tooth set, etc etc.

Today’s blade vs some from the 90’s is a different animal. but I could see it not working great in wood -but especially wood with nails. also the saw has to basically have 2 gear boxes, or well a gear box with a double bar somewhere.