Home Depot penny deals. I Would like to start a thread about the xx.03 & xx.06 (and sometimes xx.02), deals at HD. If anyone comes across a legit deal: Post the deal and your city and state. City and state so others in your region can have a chance at them. Post only legit deals.

What are these deals you are talking about? I haven’t heard of them?

Ah ok, this is similar to Target clearance items.

This is super cool to hear about. I have always noticed the markdowns but didn’t know the numbers indicated a “step down” deal. I will keep my eye out. I was in Lowe’s yesterday and saw quite a few mark downs and was wondering if they use a similar system. I found a brand new porter cable router for $50 marked down from $150. I might go ahead and snag one!

Really, were there multiples or just like an unboxed one or something? I really want to get a PC router.

There were 3 there yesterday when I checked! 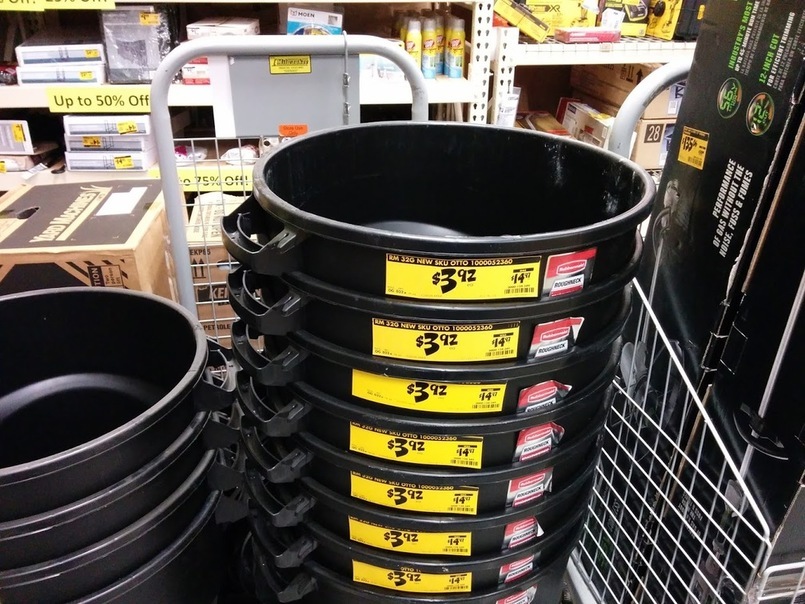 They are at the Northtown HD in Blaine MN, I’m not sure if any of the other local stores are clearing them out.

Totally qualifies. Great find, some HD stores will use xx.x2 instead of or with xx.x3. Thanks for posting

Ah ok, this is similar to Target clearance items.

I was just looking at some Costco deals and came across this article on Snopes where they dispelled the Target clearance markdown codes. Interestingly at Costco some of the codes are true. “*” on the tag means items they aren’t going to stock anymore and prices ending in 97 or 00 cents are markdowns, but not by any fixed percent, they could be as low as $1 off.

The code I was talking about was the little number in the top right corner, not the last digit of the price. I don’t know about a schedule, I just was understanding that when you see an item with a clearance tag, there is a small number in the top right that is supposed to relate to the percentage the price has been marked down. This article doesn’t seem to dispute that. Every tag that I have seen seems to correspond to this as well, but who knows. I don’t see any reason why that part wouldn’t be true.

Okay, since you didn’t specify I assumed you meant penny codes like in the HD example.

Yeah, although she is touting the same markdown schedule, which sounds like a hoax. I just know my wife sees clearance items and will look for that number to see how much it has been marked down. If it get down to 70 its usually a great deal. It’s mainly just a reference that can easily be double checked by looking online for the original price, or they often will still have the original price on the tag. It’s not really a huge sneaky secret I don’t think, just saves from doing too much math.