Ratchet screwdrivers – which is the ultimate?

Which is the ultimate ratcheting screwdriver nowadays? PB Swiss? Gedore 2675? Snap On? Wera?

I‘m equally happy with or without bit storage. A mechanism with no slop would be ideal (does it exist?), and I heard good things about Hazet and Gedore’s SilentGear ratchets.

The PB Swiss Insider 2 or 3 are probably contenders, if you can find them. Amazon has some PB Swiss tools but no ratcheting screwdrivers.

snap on’s used to be awesome. I have a Souix tool labeled device that is gearless that I really like. but if I was looking for one today I most likely wouldn’t.

Id spend that money on a cordless device that fit most of the spaces and did the job. like that bosch flexclick thing or the dewalt 12V device. wouldn’t look back.

I rarely if ever pick up the ratcheting driver today and when I do it’'s usually an access issue that I can’t easily solve with my impact driver as I have yet to buy one of those other devices. but the dewalt 12V is on my short list.

Otherwise I’d probably try the Gedore just to do so.

Or and maybe for a combo tool consider one of the new swivel head 1/4 drive ratchets that also come in bit holder vs 1/4 square drive. I would get the square drive and use a bit adapter but either way.

Swivel head? I haven’t seen those. Can you name a brand?

I’m a fan of 1/4" hex ratchets. Easier on the wrists than the screwdriver-style bit holders, and one of those with bits, plus a little Knipex pliers-wrench, will beat any multitool. But for some reason the little ratchets sets don’t usually come with an extension, to give you the same reach as a screwdriver. Do you know of a little set that does?

Thanks! I think I would want the head to lock at 0 and 90 degrees though. Wouldn’t I?

And yikes! I’m not used to Snap-On prices.

web list isn’t always what tool truck or distributor will sell at.

BUT there are other versions. and the Wera model Zyklop locks at 0 and 90.

I think someone else makes something like that. I find they don’t have to lock. I use a Olsa tools model in 1/4 drive. They are on sale right now. at 0 degrees and using it to speed turn a bolt/screw it doesn’t ver aruond much.

anyway swivel head 1/4 drive ratchet and some also come in hex. Carlyle/gearwrench made one at one time too.

Again I don’t know if this came across but what I wanted to point out was - avoid a ratcheting items and some cordless driver setup. And yes it’s a touch expensive but years ago I spent 60 dollars for a ratcheting screwdriver without any additions no bits etc and that was in 01 I think. and by 2012 I’m using drill driver or my at the time impact driver for most things.

today I don’t even reach for it. I think the last time I used it was setting on some hardware on a cabinet because I was only going to need to adjust it too. but setting some new drawer slides - impact driver all the way. I now use a manual basic screwdriver more often for adjustment bit - or a manual bit holder which actually I use the most.

Koko was right about PB Swiss. Thanks to the miracle of internet shopping with free returns, I tried several ratchet screwdrivers, and the PB Swiss was in a league of its own. It was the only ratcheting screwdriver with no noticeable slop.

Sometimes a tool feels so good in hand that I use it far more than expected. Undoubtedly, the PB Swiss ratchet screwdriver will be one of these tools for me. 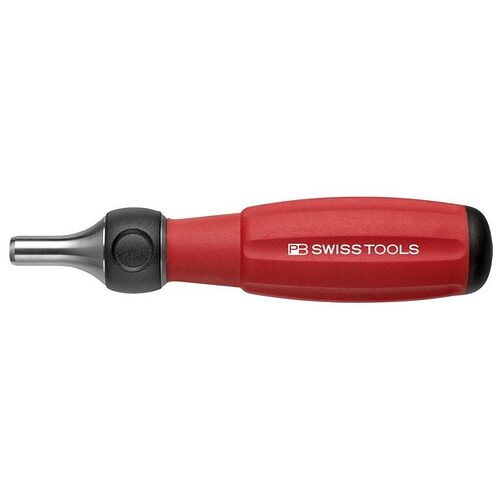