A few years ago I reorganized by shop and put an old workbench outside. The thought was to use it for a while, and then when it fell apart, just get rid of it. It had an OSB top, so I figured it wasn’t going to last long.

Well, it actually survived a half dozen Northern California summers and winters - snow and freezing temperatures, and then in the 100’s for a chunk of Summer. I did slap a coat of paint on the top once a year, but it finally gave up the coast. Since I’ve found the bench is great for all manner of things, I’ve decided to fix the base and put a new top on it.

I use it for woodworking, painting and just general piling upon. My first thought was just just get some 3/4 ACX, prime and paint both sides, and maybe put on some edge trim with epoxy and nails and paint that. But I’m open to ideas? Any thoughts? TIA!

It sounds like a good plan - especially since the OSB seemed to last. Even though ACX - exterior plywood is supposedly rated to deal with weather - treating the edges to prevent any water infiltration and ply delamination is probably a good idea.
For my place on Sanibel - I made a potting bench for my wife out of Ipe with a zinc (15ga.) countertop and sink - instead of the less expensive granite we have on the other outdoor island. She likes it’s patina and clean-ability - but it added quite a bit to the cost. It sees a lot of rain - but obviously no snow or deep freezes.

I ended up using plywood for the top and banding it with wood edging, glued and nailed. I think it 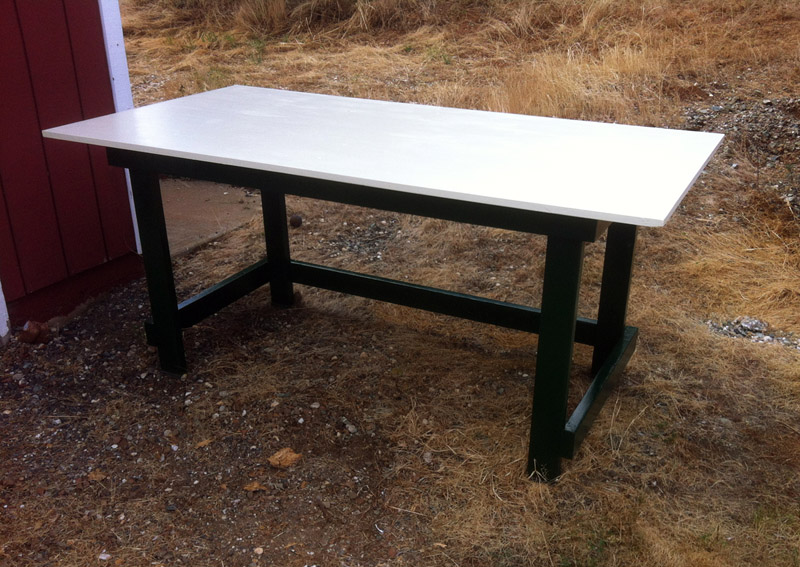