What is this called and how is it done? 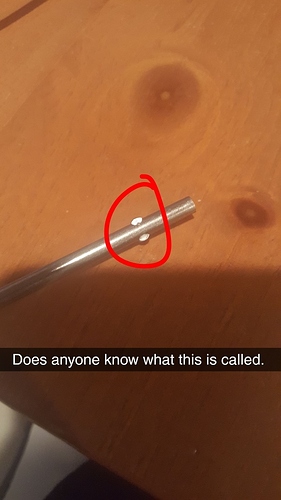 What is this called and how is it done?

Looks like an Xcelite series 99 tool, probably formed by swaging? Not sure what that part would be called.

Here’s a link to a patent that calls them “keys”

The patent was granted in 1949 to J.N. Petre of Orchard Park NY and John O. Olsen of Lakewood Ohio

Mr. Petre likely worked for the Park Metalware Company of Orchard Park NY - makers of Xcelite tools back then - before the company was sold to Cooper.

Prior to the Internet - I would have had to have spent days searching patent office archives to find what Google located for me in a few minutes of searching.

he’s referring to the nubs on the shaft of that item. I guess it’s s screw driver.

like fred said they would be keys - and they are either swagged or pressed from the shaft. It’s a type of forging process so to speak. where metal is moved into shape not added or subtracted from the prime part.

Think - shaft in a “mold” or die - some ton rated press thumps down on it - keys are now in the shaft and are integrale.

It’s the end of the beater that goes into the electric mixer.