What to do with older Makita tools

Hi Folks! My dad was a Makita Rep for over 15 years before he retired back in 1996. He passed a few years ago and now I have a bunch of older Makita tools with all the various battery systems which are dying/dead… I have some stuff from the 7.2 stick batteries all the way up to the 14.4 Nimh stuff. (I even have a demo model with a clear body 9.6V stick battery drill, and a TON of the Miss Makita posters…)

I’m not interested in buying the newer Makita 18V stuff because I just don’t use it enough to justify the expense compared to the lower cost Ryobi I have decided on (it just fits my use case better I think). Is there a way to make the Ryobi batteries fit the Makita stuff (mostly the 14.4 nimh) or should I just sell it and move on? I have thought about designing an adapter and printing one up from one of the 3-d print companies but I’m not sure if it’s really worth the time.

I’m no expert about selling or buying used tools on eBay - but I have spied listings for older Makita tools.
The prices being sought on most of these items seem quite low making me wonder if there is really a market for old cordless tools based on NiCad or NiMH batteries. As you have discovered, the shelf life of the batteries is limited - and a cordless tool with a dead battery is not worth much - except if it happens to be a rare collector’s item. Buying refurbished batteries or having yours refurbished - might be one option - but then you are still stuck with an old tool that is likely sub-par by today’s standards.

Your other thought about converting your old 14.4V tools to work on Ryobi 18V Lion batteries is way beyond my realm of expertise - but sounds daunting. I’ve seen converters that purportedly adapt 18V Makita batteries to work on Ryobi 18V tools - but I’d even be cautious about this. Many modern tools communicate with their batteries - rather than just pull energy from them - so building an adapter may need to take into account the differences between manufacturer’s battery-to-tool communication schemes 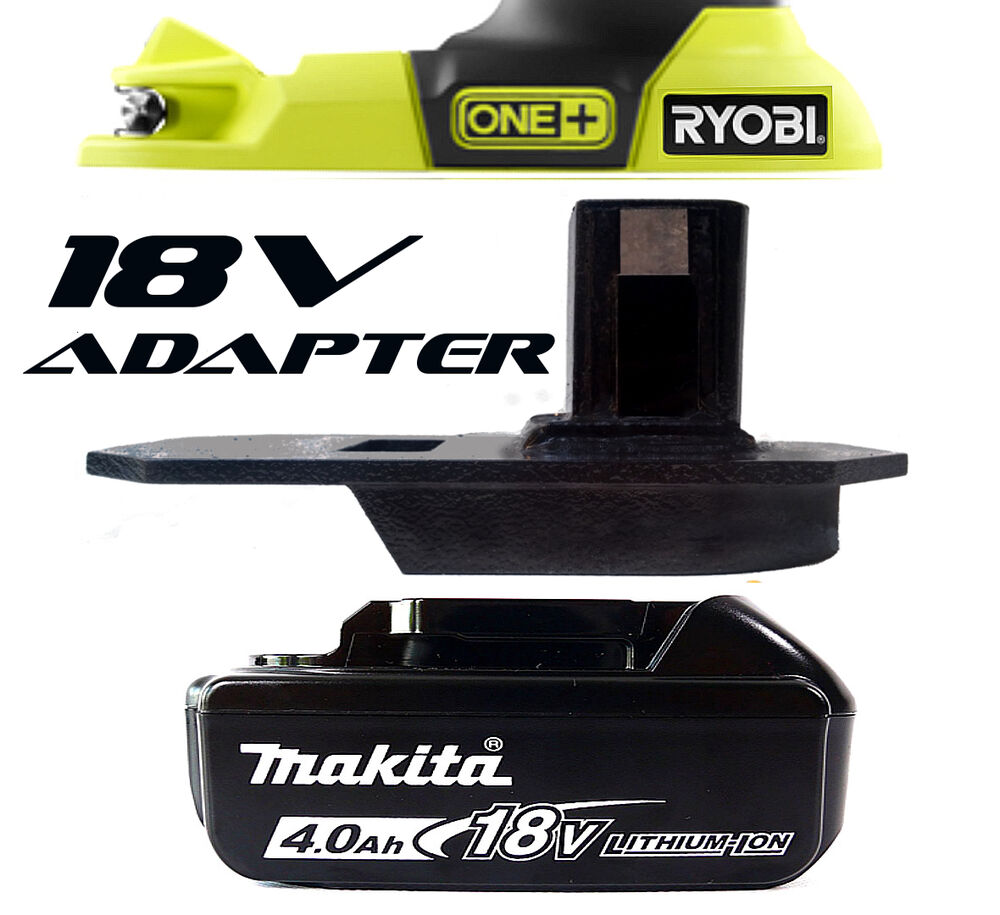 Remove battery from adapter when not in use. -We are not associated or affiliated with either Ryobi Limited or Makita Corporation. Credits should be given to both Ryobi and Makita. -This adapter has no copied parts of either Makita or Ryobi and has...

As I think you have surmised - it is probably best to just move on - and with Ryobi Days going on at Home Depot - there may be some good deals to be had.

I don’t know whether it’s too late or not, but I remember watching a Matthias Wandel video where he used your exact combination: adapting a new Ryobi battery to an older Makita tool. He called his video “Ryokita” cordless franken drill.

So you have an assortment of ryobi chargers/tools and …the like. If i’m reading your ‘q’ correctly you believe the old 14.4 could wrk in a Makita (newer)tool you have?