The M12 line includes a jigsaw, a circular saw, a grease gun, an SDS, etc., etc. Why isn’t there an angle grinder? Seems like a little one sure would be handy.

I think that grinders (sanders and circular saws too) are one of those tools where lack of power can be really felt - because you may want to use them harder and more continuously than you would some other tools.
We got some 18V first generation Makita grinders as a promotion - bundled in with some other tools.
The feedback from the crews - was that we’d have been better served if they had given us $5 or $10 off the purchase. They ended sitting in the tool room at the workout center.

Now that there is a second generation of brushless 18V motors - maybe cordless grinders are a bit more useful - but the 18V ones still get some mixed reviews. They are still not up to the tasks that their corded cousins can undertake - let alone what a quality pneumatic grinder can do. 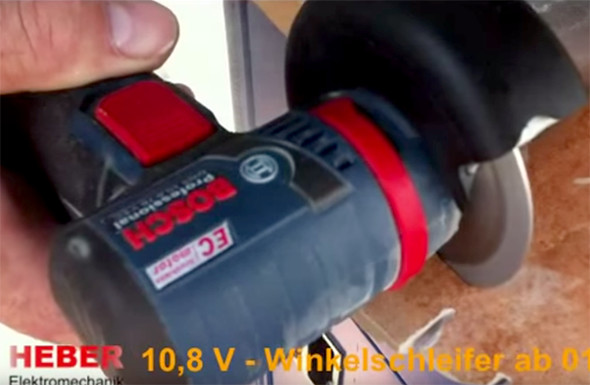 Is This a New Bosch 12V Max Brushless Cut-Off Tool or Angle Grinder?

It looks like Bosch is coming out with a new 12V Max cut-off tool or angle grinder, at least overseas. Here’s some very early demo footage, no other details are available.

But it does not seem like it’s been officially introduced in the USA yet - and the few comments on Amazon for what might be a grey market one - seem to express both love and hate:

Thanks, that occurred to me too. But surely a circular saw makes similar demands on a motor, and there is an M12 circular saw. I think an M12 brushless with a thin cutting wheel should perform okay. Or am I wrong?

The M12 circular saw is more a quick trim saw. I would bet that it would bog down trying to rip cut anything substantial.

You may be correct about a cutoff tool. I’ve heard speculation that an M12 cutoff tool is in the works. Maybe in angle grinder or die grinder sort of format??

That would be cool. Indeed, the Bosch looks like it is meant to be used as a cutoff tool rather than as a grinder. Milwaukee could do the same. If performance is bad, make the motor bigger. That hurts runtime, but it only has to run until the previous battery is charged, right? Constantly swapping batteries might be inconvenient, but it would be a viable tool that offers less weight or cost. So then you would have choices.

As always, thanks fred!

A M12 cutoff tool very similar to the Bosch was announced at NPS18, and I think the release was September or October… here’s what I could find at the moment, doesn’t look like it’s gone up for preorder at acme or toolnut yet. 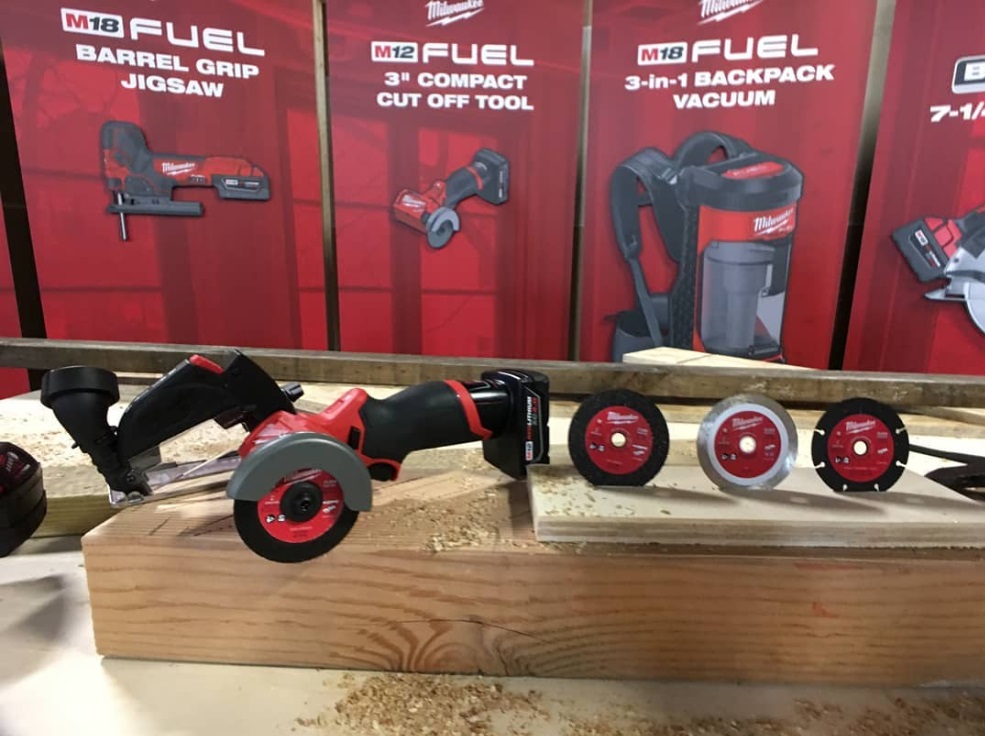 Milwaukee announced a new cordless 12V cut off tool at this years NPS18 event with the Milwaukee M12 Fuel 3″ Cut Off Tool. I remember I asked if they could come … Continue Reading →

Thanks Tim, that looks really interesting (and it resembles the Bosch a lot.) A 3" wheel will still cut a lot of sheet metal and tile. I’ll probably get one when it comes out.

The m12 circular saw bogs down quite easily. I found it is best suited for doing various types of siding from staging.

I currently use the M12 rotary tool as a cut off tool, but that 3” version looks way more useful. I wonder if you could put a saw blade in it to cut sheet goods like Dremel’s little saw. I bet I could find lots of uses for a little 3” saw.

Years ago we had Makita 9.6V 3-3/8 inch blade circular saws that the crews loved for things like paneling (all the rage back then) and luan underlayment. Makita had one with a water bottle and diamond blade as a tile saw.
I talked about it in a recent post on ToolGuyd - and someone commented how some folks still use them and would not part with theirs.

Makita has updated them:

Cutoff wheels are either bonded abrasive or have an abrasive grit around the rim. I’ve never seen any with teeth - and could only imagine what would happen to the carbide teeth on a 3-3/8 inch dia. saw blade if you spun it at 20,000 RPM. Generally as a rule of thumb folks say that most wood is best cut with teeth that encounter the work at something between 130 and 170 feet per second. The saw blade plate thickness, tooth geometry and hardness of the wood will have an impact. A router bit having a diameter of 1 inch - can spin at 30,000 rpm - or about 131 fps - but you slow the router down and probably mount it under a router table for larger bits. Many table saws (10 inch = 31.414 inch circumference) spin at 3450 rpm - = 150.5 fps. A 3 inch cutoff wheel spinning at 20,000 rpm has a linear speed of about 260 fps.

Re carbide teeth on a fast, small wheel: as you know, centripetal force varies with the inverse of the radius, but with the square of the tangential velocity. So moving from 1,500 RPM to 2,000 RPM would about almost double the force (16/9), and double again by halving the diameter of the wheel. But it also varies with the mass of the object, so you could just use smaller teeth. You might end up with double the force, but I bet good brazing could handle that load.

Makita didn’t just make the small circular saw. I have the 7.2v angle grinder, jigsaw, laminate trimmer (light duty router with a 1/4" collet), along with the drill and 9.6v circular and tile saw. I don’t use them very often anymore, but they still have their place, like cutting conduit or concrete and stucco mesh with the angle grinder. I also used the circular saw to cut drywall in the home since the slow blade speed didnt get drywall dust all over the room.