Will this Biscuit Joiner be available with new 20V batteries? 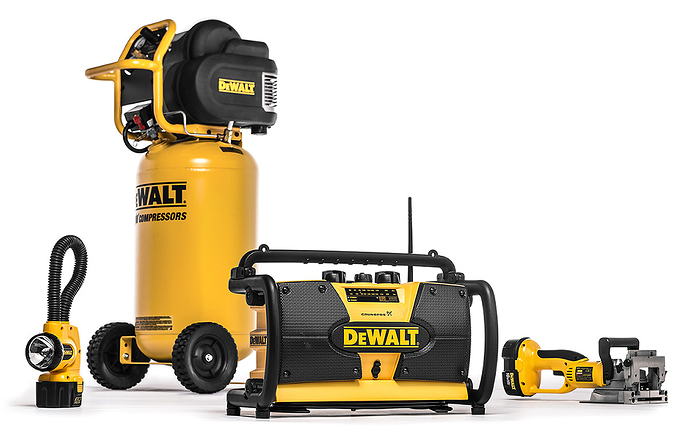 you could easily put the 20V adapter on that. Didn’t know dewalt made a cordless biscuit cutter.

sort of want one now

They had a 14.4V version also, but they did not upgrade that tool to new Max(Xr) platform, I think it is the only tool left from that platform which is not upgraded. Also when they released the 18-20V adapter they provided a list of the tools which would work with the adapter and that list did not include this biscuit joiner. I found a new one on eBay and did not buy it because of that.

physically I see no reason why the adapter wouldn’t work with this. one reason they listed certain tools as compatible is due to the location and space for the battery. it basically sets the battery at a slight angle and takes up an extra inch or 25mm.

with that rear battery location I can’t imagine it being an issue.

I have seen a photo online that some actually using that adapter with it but I am always with what they say, thinking maybe there is a reason. However I did not buy that lovely new old stock tool which was made in US.

The model no is DW932, you can check eBay regularly, some may put a used one for selling.