Was wondering if any of y’all have modified or improved a tool. For example: I have put an on/off rocker switch on my DCL061 to make it more functional. I know that the Dewalt and Milwaukee job site radios can have their stock speakers swapped out with higher quality water resistant marine grade speakers. I have seen the Dewalt 20v drywall cut out tool heavily modified to make a light duty trim router. There was this guy out of New York, who took two 40v tool batteries in series and made an electric bike. My brother in law took a palm nailer and changed it to accept finish nails for baseboards. Anyhow, upload some pics and how to guides. Note: this is for entertainment purposes only. Do not actually try any mods at home any changes to tools should always be done at the OEM service centers: and any changes made to tools or batteries voids warranties.

I can’t think of any actual modifications I’ve made to tools themselves, although I often make carts/cabinets/jigs and so on for the larger machines. My mitre saw station being the biggest 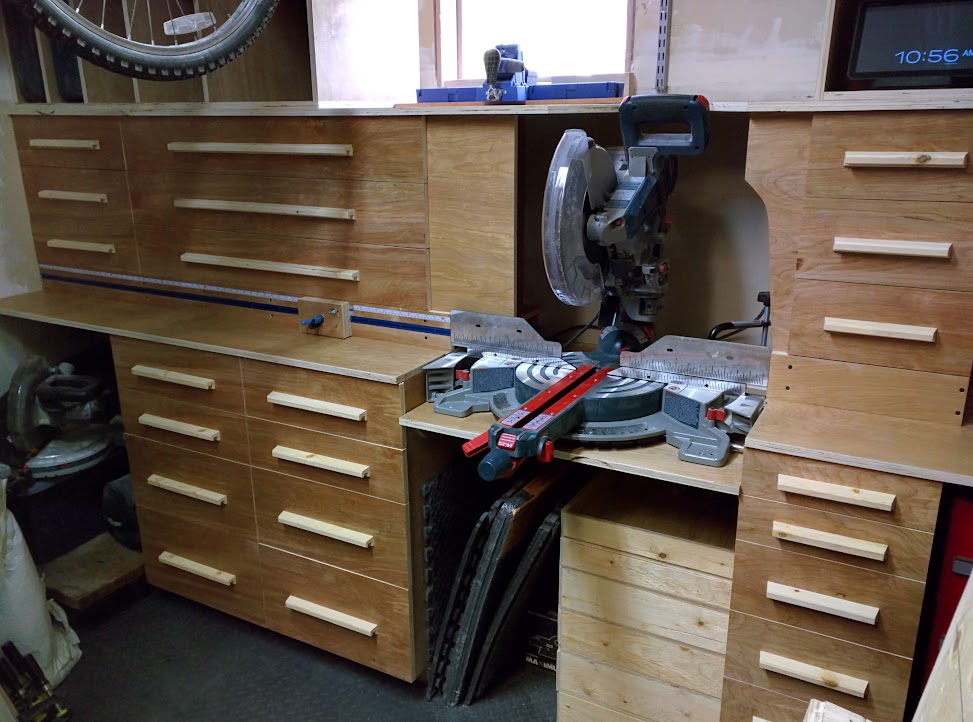 I also put a router body into the wing of my table saw cabinet, but that is not really a tool mod either: 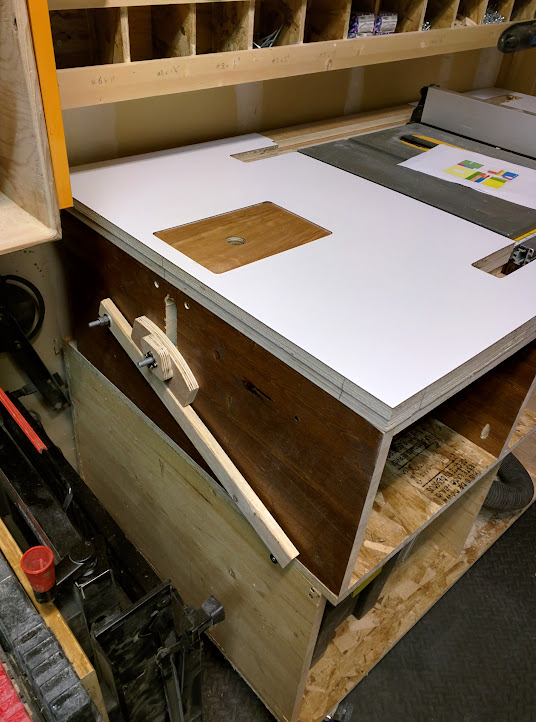 Here is a new one Dewalt 8.1 amp battery modification. Have you seen this 8.1Ah DeWalt Battery Pack?

I have modified lots of power tools, so i can use different battery platforms with different brands. Also because at the time i had makita, some of the tools they offered i did not like and some of these other brand tools i just got to good of a deal on to pass up. This is getting harder and harder to do because of the “smart” communication between the battery and tool that most of the big brands are using. These early examples of li-on tools used max of 3.0 ah batteries and had very little protection built in. Also i have less and less reason to do these mods as I have switched over to Milwaukee and am happy with all the tools they offer. 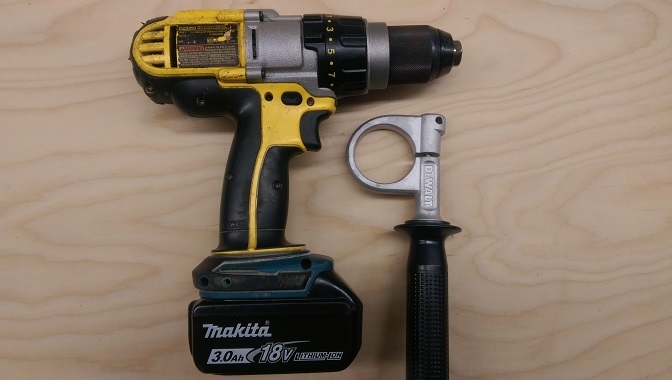 sorry i can only post one pic per post, whats up with that??? I have done a few other tools as well maybe i can post a second time. 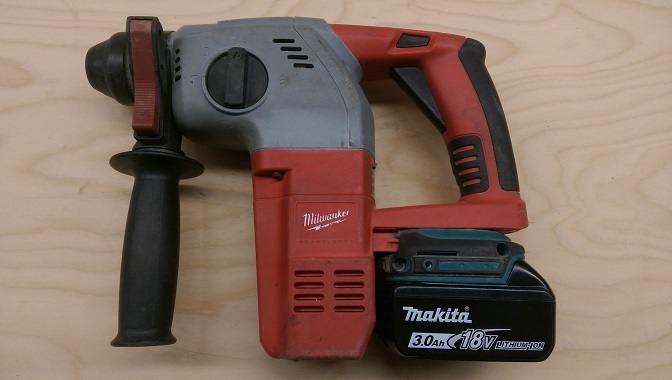 wow, ok i can only reply 3 times, so now i have to edit post… lol strange forum. I have a few more pictures, but i can’t post any more. I also did a battery adapter instead of permently modifing the tool, I made an old style dewalt adapter to new li-on makita battery. 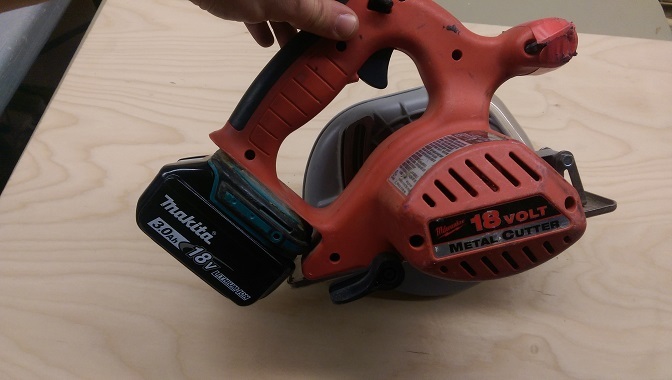 That’s awesome. Feel free to list a how to guide. NOTE: any how to guides are for entertainment purposes only and should not be attempted, modifying lithium batteries in any way can be dangerous, including but not limited to exploding and fire. Modifications of any kind voids all warranties and can cause tools to malfunction hurting yourself and others. That being said. How? I wanna know, I wanna know (The 10 year old inside me seems to say, whilst jumping up and down).
Also, did you have to use a plastic welder for that mod?

it was pretty simple, i used old broken tools as the battery base donor, used a grinder to cut off the two battery holders and used epoxy to glue it back. The wiring was a simple pos to pos and neg to neg. As i did more of them i got better, and later did them so i can even service them, the drill opens up into two sections just like a original dewalt drill for services (replacing brushes broken parts like the switch) 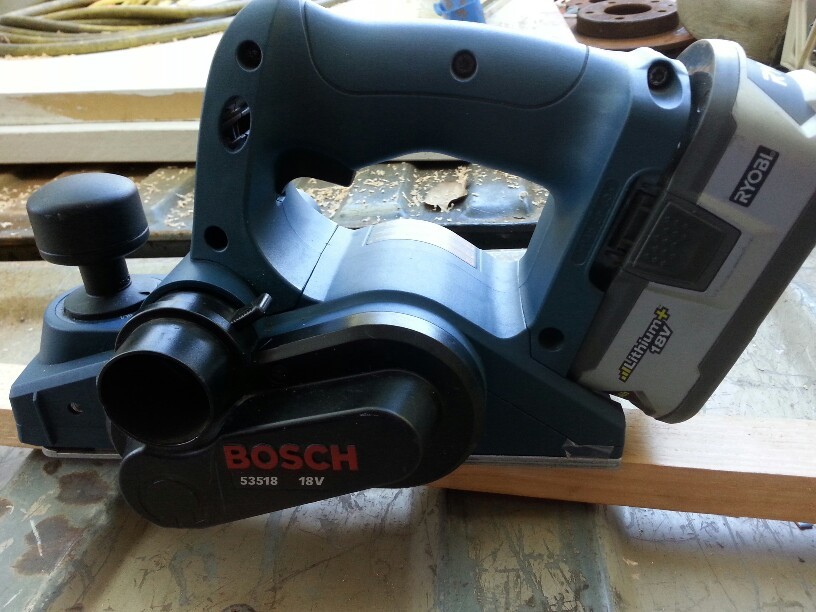 How did you get Ryobi to work on Bosch? Because then I can do this. I can use this adapter on All Ryobi tools powered by black and yellow. 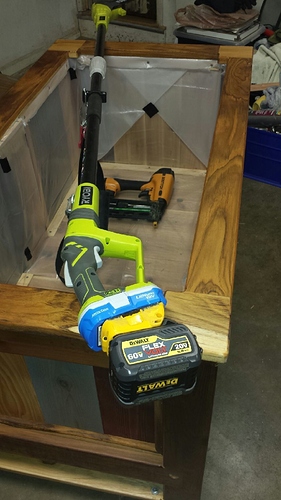 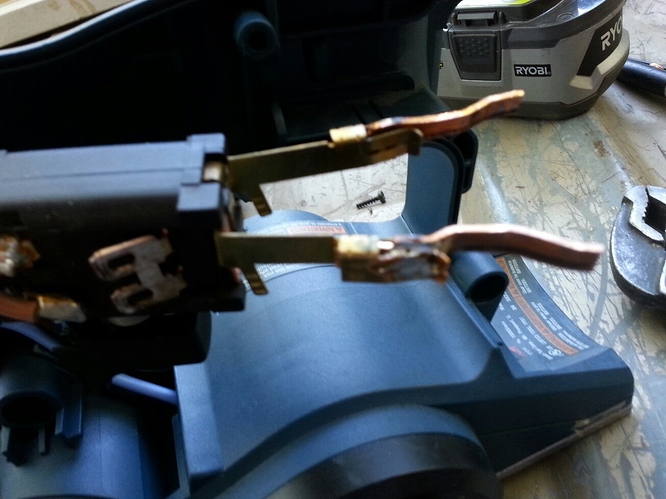 looks like this inside now. Was pretty easy taking a pod style battery. Much like how I did a dewalt and craftsman 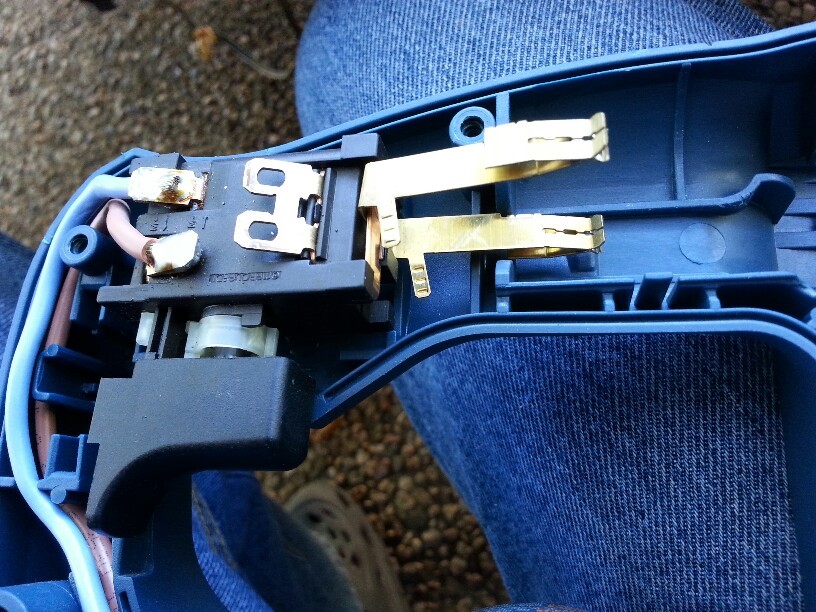 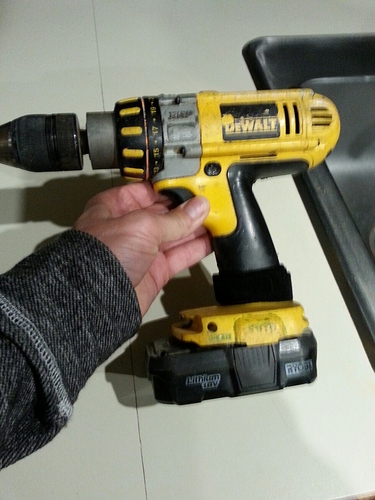 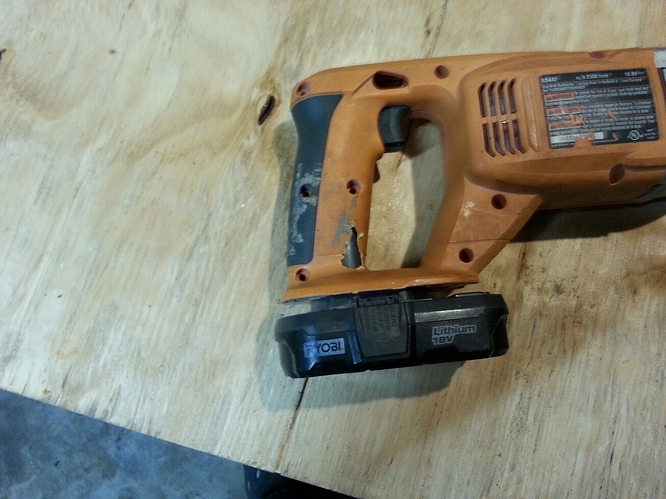 This ridgid is what iam currently working on, electrical connections are not done yet. Non workin 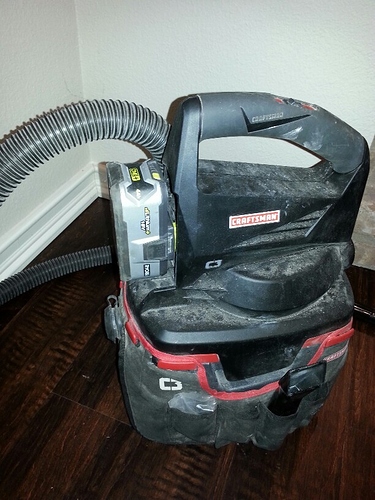 This was my first convert to ryobi…

Huh. I wonder if I could run my Dewalt 18v tools off Ryobi lithium packs…


Please Dewalt, can you come out with your own 20V Max version?
next page →