Where do you go for tool reviews (other than ToolGuyd)?

Stuart and company do an amazing job, but they can’t cover all the tools out there.

Where else do you go for tool reviews? Ideally they’d be as thorough and thoughtful as ToolGuyd’s.

I check out protoolreviews.com and sometimes toolboxbuzz.com. I also pop around tools in action’s forums.

It has been a long time since I was actively involved in purchasing a significant amount of hand and machine tools. When I was - my partners and I would sometimes look at printed and online information about new tools - consult with the guys who were most likely to use them - then decide if it seemed prudent to buy one or more to try out. If our trial seemed to show some significant advantage - in the realms of safety or productivity then we would talk about a phase-in at one of our staff meetings. Back then - Toolguyd may have been just a glimmer in Stuart’s mind. Today - for me anyway - its the only blog that I regularly read - now probably more for entertainment than for the basis for any purchasing decision.
Today - I realize that many retailers - notably Amazon provide reviews along with tool listings. From what I’ve observed - and from other’s (like Fakespot.com ) analyses - I always take these reviews with a grain of salt. Many reviews have little content, may be placed by shills for the seller or may be paid for with free or discounted items. Even honest reviews/reviewers need to be placed in the context of their personal use - if you are able to discern it. Many reviews are also just first impressions - and few represent any sort of long-term testing.Amazon or Home Depot reviews may be of some use - when there are a significant number of them spread out over some time - as the distribution of ratings might be statistically significant.

Some tool purveyors also sponsor tool blogs. Here are a few that I know about:

I also note that when you Google “Tool Blogs” you get some listings for some that have supposedly reviewed tool blogs:

I might add that forums like the Garage Journal (www.garagejournal.com), The Journal of Light Construction (jlconline.com/tools) and contractor magazine (www.contractormag.com/tools) may be of interest.

Many reviews have little content, may be placed by shills for the seller or may be paid for with free or discounted items. Even honest reviews/reviewers need to be placed in the context of their personal use - if you are able to discern it. Many reviews are also just first impressions - and few represent any sort of long-term testing.

Most of this sounds like a description of ToolGuyd, that’s why I don’t look there anymore. I just like to poke around the forum.

My go to for tool reviews is a youtuber from Canada called Ave or Boltr. Just search on either at youtube and see what pops up. He is an engineer with a wicked sense of humor but what he does is take tools apart analyzing each part for quality and how they are all put together as a system. At the end, he will summarize his opinion and has specific terms for pieces of manure vs “skookum” or “not teabag” tools. He is transparent an does not take free tools from companies. I’ve bought a couple of tools as a result of his reviews or tear downs. He goes off in all kinds of directions. I pulled the trigger on the DeWalt 60 volt “flexvolt” grinder as a result of his review of that. I also finally pulled the trigger on a KitchenAid mixer and a dyson vacuum as a result. Check him out. He loves to go after Harbor Freight.Canadian Mastercraft and has surprisingly found a few of them to be “skookum.” His after market battery comparisons to branded ones is of interest also.

Yep AvE is quite entertaining, been watching him for years!

To be fair - I think that Stuart tries (via ToolGuyd) to provide his honest take on tools. But it naturally comes from his perspective as a blogger, his educational background (PhD in Material Science) and long-term interest in tools. He does not seem to pretend to be a know-it-all or pawn himself off as a professional tool user. While I suspect that some (maybe even many) of the tools that he tests come to him gratis - I don’t see him being afraid to say negative things about what he’s reviewing if he thinks its warranted. The comments of his readership often provide some interesting, varied and different takes on the tools helping to provide some different perspectives. His responses usually show a sense of self-awareness and respect for differing opinions.
When I was in the “buying-for-a business mode” I was often frustrated by the “manufacturer-placed pieces” about new tools that I’d see in the trade journals - and their lack of editorial content. As a hobbyist woodworker, I’d sometimes also get a chuckle at the reviews that I’d see in the hobbyist magazines - some that place importance on features in which I had no interest. I always thought that what we needed was a “Consumers Reports” for tools - but then I realized it might be irrational to expect that such an entity were possible given the rapid changeover in tool models and variations in the needs of prospective users.

Anyway - I now read ToolGuyd mostly to be entertained as my dotage approaches - and I’m happy that Stuart is able to make a living keeping us entertained and informed.

I agree. I respect Stuart and company a lot. That’s why I keep coming back.

About your idea for a Consumers Reports for tools: If it were well written, thorough, technically sound, etc., would you pay for the content? I’m curious because the Consumer Reports model does not sell ads or earn referral income, so all of their revenue has to come from subscriptions and services like the Car Buyer service.

I stumbled in here a few years ago as an “old school” Craftsman C3/19.2 user since they came out. Actually, I noticed Consumer Reports has tools they review like cordless drills. It is not their best work… ToolGuyd has always seemed objective with good observations. In the end, it is the subscribers that make a forum like this work though.

While Consumer Reports may not be biased by taking any advertising dollars or money from manufacturers/vendors - I would argue that they do have a bias. That bias is likely formed by their perception of their membership/readership. As an example: I had a friend who had a “funny car” that had no doors - just a body that lifted up over its roll cage. If it were somehow included in CR’s annual car buying guide - I can imagine it would have been rated as unacceptable for its lack of doors. Yet I knew that he was happy with its performance in the races that he ran.
Their tool reviews - when they have them - may also be aimed at suggesting ones that might be good choices for their homeowner/DIY readership. If you are seeking a tool for your business a CR rating might not be on target.

I just do a search on what I want and add the word reviews. I then check the web reviews that usually take me to the manufacturer and Amazon and Home Depot. There are also “companies” that do reviews although many of them are shills of various types ranging from bots to people getting free stuff and so are biased. Then I look at the video reviews. My favs there are the Project Farm, protoolreviews and Ave/Boltr but you get regular people and contractors there who often have interesting insights as they use them daily. I hate unboxing videos. So what… There is an English guy who does reviews who can be dry and slow but has some insight occasionally. Then there is VCG (I’d just search on VCG tool reviews). They have a distinct bias but tell you what their bias is. Their chatter can be excruciating and they do things to tools that no one in reality would do, I hope, so I often fast forward to spots that look interesting like a smoking tool but head to the end to see what their conclusion is. In the whole they can provide some insight into tools but you pay getting there…

I subscribed to VCG Contruction’s channel back when they still had only 5k subscribers. They did a giveaway of a One Key tool combo (purchased on clearance for $125–I bought two at a local Home Depot and have been kicking myself for not buying the remaining four or five at my store) as incentive to get over 10k and here they are almost three years later pushing 300k. Admittedly, I don’t watch much of their content anymore, as their video style is “entertaining” but kind of formulaic (which seems to work for garnering subscriptions). Also, some of the Tools In Action Forum members seem to dislike the channel.

Say what you will, but VCG is growing and Vince and crew seem to know how to get views, with most of their videos in the tens of thousands and some upwards of a million views. They also seem to be expanding their YouTube “brand” with affiliated channels like Tool Review Zone and Man Caver Tools.

I used to frequent COPtool a lot before they rebranded. The content is still good, but its become more of a yourube/podcast which is harder to pop in for a short period and see whats new.

AvE is good, so is Essential Craftsman when he reviews stuff. Project Farm doesn’t do a ton on tools, but is also very transparent and unbiased.

TIA and ToolboxBuzz are pretty good, but not quite up to the standard of Stuart and crew as far as transparency and editorial standards.

Protoolreviews/OPEreviews are pretty much shill sites IMO but they occasionally provide some insight into a product I’m interested in. I just wouldn’t trust them for anything critical about a product.

Check out Project Farm on YouTube. He does a lot of head to head, buys everything himself, and doesn’t opine on a particular product; but explains his impressions based on the results.

Workshop addict on you tube. They know what they are talking about and aren’t scared to point out faults

I’m going to give a shout out to Nate at Doreseoom Tool Reviews. 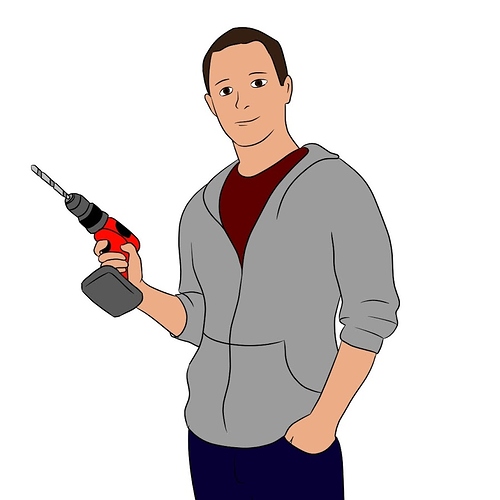 @Steve - if a tool is provided for free, I say so. If a tool is part of some kind of sponsorship arrangement, I say so. Some people have a problem with hour enthusiastic I get about tools I’ve purchased or new products with some kind of interesting feature or tech. ToolGuyd wasn’t supposed to be a business or career for me, but I love it because it’s fun and interesting. I’m sorry if you feel that’s schilling is disingenuous in some manner. When things start to get boring, that’s when I’ll update my resume. If you’re ever in doubt as to my motivations, just ask - I aim for transparency, and there aren’t many questions I wouldn’t openly answer.

I second that, project farm is excellent. Very extensive, scientific, reviews. A wide variety of quality levels and complexity levels. Hes reviewed tools like drills as well as things like impact driver bits and windshield wipers.